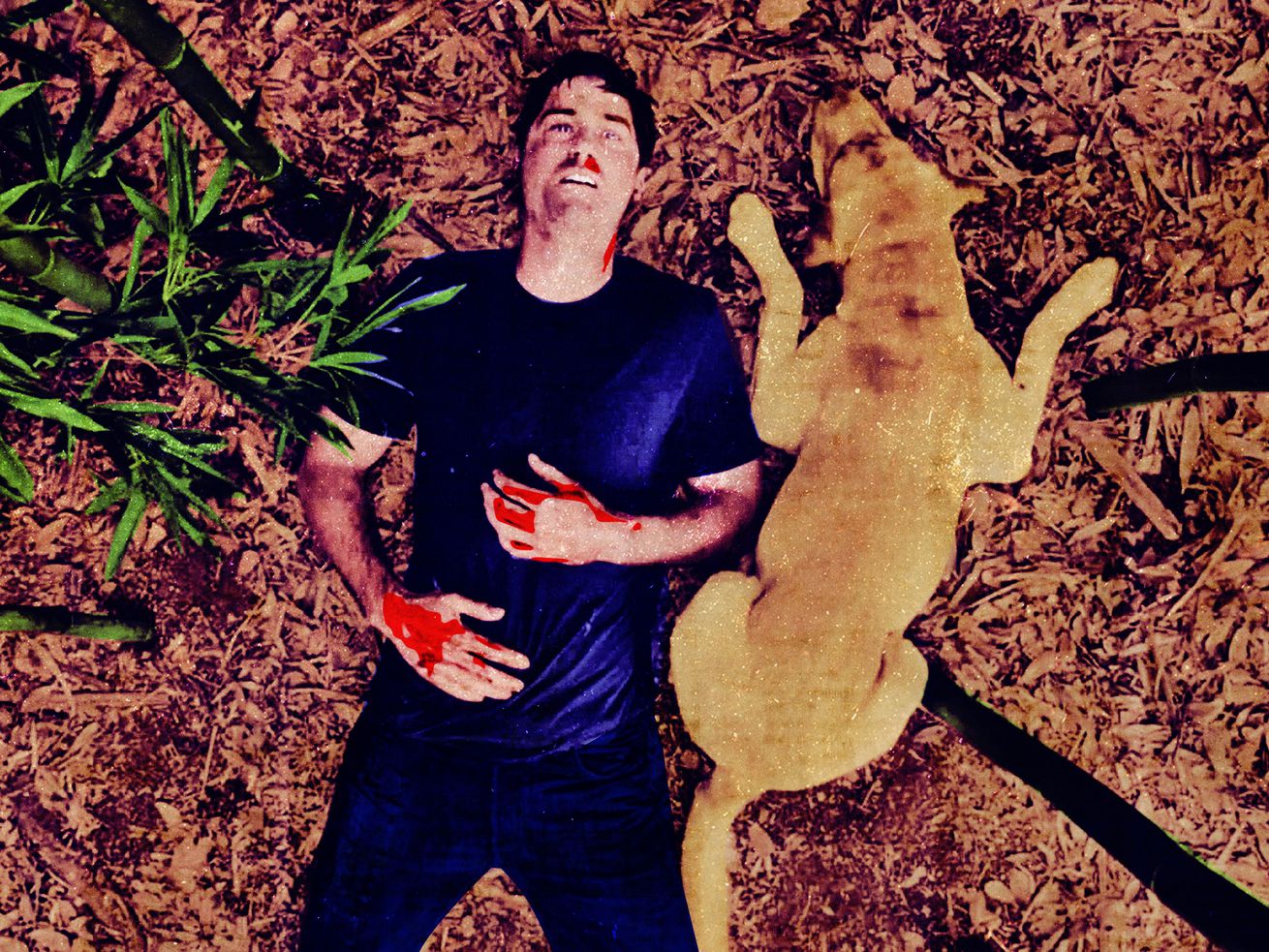 Looking at how, 10 years after its controversial finale, Damon Lindelof and Carlton Cuse’s show has become both a cautionary tale and an aspirational creation

This website has spent much of the past week unpacking the legacy of a divisive end to a series whose strange decisions sent its fan base into a tailspin and had ripple effects throughout the TV landscape. But while Game of Thrones still looms large in the recent past, its legacy is still being sorted out in the form of follow-ups and would-be imitators.

Ten years ago today, Lost became the original TV blockbuster to confuse, bemuse, and infuriate its audience, with “The End,” a two-and-a-half-hour event that brought together nearly 14 million people and yielded nearly 14 million opinions. A decade on, Lost still endures; the brainchild of Damon Lindelof and Carlton Cuse has enjoyed a healthy second life on streaming services—you can watch all six seasons on Hulu right now—and in its many descendants, from Lindelof projects like The Leftovers to the many mystery box shows that tease game-changing reveals and boast about their master plans.

From Westworld to True Detective to Mr. Robot, countless series since have learned from Lost’s genius as well as its mistakes: hooking viewers with tantalizing teases like the smoke monster, the Dharma Initiative, and “we have to go back”; repelling many of those same diehards by leaning into mysticism, spirituality, and character over suspense, world-building, and plot. After a decade without Lost in our lives, here are five lessons from the island to those of us still on dry land.

Lesson 1: Controversy Is a Self-Fulfilling Prophecy

“The End” has always had its defenders, right down to that final two-hander with Jack and … a dog. In a contemporary review, then-Time critic James Poniewozik called the conclusion “moving,” “soulful,” and “epic”; as recently as last year, The Verge called Lost’s ending the decade’s most underrated. So why are Lost’s final hours remembered as such a bitter disappointment?

In part, because Lost’s public ambassadors ceded the conversation to its loudest voices. “One of the biggest mistakes that Carlton and I made was going radio silent right after the Lost finale,” Lindelof told Quartz in 2017. “We had been so accessible, and then suddenly we weren’t. If we had been out in front of it right after that finale aired, I’m not sure it would have changed people’s reaction to it, but it looked like we were hiding.” After years of enduring complaints from disgruntled devotees on Twitter, Lindelof eventually quit the platform. Those who hate “The End” may not make up a majority of Lost fans, but they are the most audible ones.

The cultural footprint of the Lost finale reminds me of David Letterman’s infamous Oscar gig—a performance that wasn’t reviled in the moment, but went down as a notorious flop because Letterman himself leaned into the criticism. The more space afforded to one’s detractors, the more they end up setting the tone.

Lesson 2: The Journey Is More Important Than the Destination

Perhaps the flashiest “mystery box” show to premiere since Lost is Westworld—a show that, like Lost, is executive-produced by that term’s creator, J.J. Abrams. While clearly bearing Lost’s imprint, Westworld arguably takes an opposite approach: Where Lost chose character over plot, Westworld routinely values plot over character. The result is a tradeoff that largely isn’t worth it, short-changing story in favor of blockbuster reveals with quickly fading impacts.

Westworld has always had its naysayers, myself included, but its diminishing returns have led to a slow and quiet atrophy, not a gale-force backlash. Meanwhile, Lost may have been more vocally denounced, but it still stands as one of the most beloved shows of TV’s aughts-era Golden Age, when TV became more comfortable with risk-taking and narrative swings—even stolid broadcast networks like ABC. I doubt many people will be revisiting Westworld in 10 years, for one simple reason: A good wind-up is better than a good payoff, because the wind-up is where viewers spend most of their time.

The mythology of Lost has its scholars, but the show’s most enduring touchstones are its characters and relationships, many of them—Sun and Jin, Sawyer and Juliet—given their due in the finale. Part of Lost’s memory may always be embattled, but as a whole, it has stood the test of time. “The End” wasn’t true to what some fans wanted from Lost, but it held fast to what Lost, beneath the theorizing, had always been: a story about the people trapped on the island more than the island itself.

A compressed version of the Lost fandom’s emotional roller coaster played out in 2014, when the first season of Nic Pizzolatto’s True Detective took Reddit by storm. But after two months of fervid speculation about Carcosa and the Yellow King, the ballad of Rust Cohle swapped out an occult conspiracy for a more isolated, and therefore less satisfying, villain. Audiences were drawn to True Detective for its elaborate mysteries and hints of Lovecraftian intrigue. Pizzolatto, it turned out, was drawn to something quite different: the maverick detective and his search for inner peace. Internet detectives mistook a few scattered breadcrumbs for the main course.

That discord between what a storyteller wants to accomplish and what viewers want from a storyteller is usually most visible after TV finales, when the endless potential of future seasons gives way to the immutable reality of what a show will always remain. But the contrast found its purest expression with the Lost finale, a debacle that foreshadowed a decade defined by massive IP and fan-dictated reversals, from The Rise of Skywalker to #ReleaseTheSnyderCut. “The End” remains untouched, but with billions of dollars at stake, some larger properties haven’t shared the courage of Lost’s convictions.

Lesson 4: Have a Plan

Much of the expectation gap between Lost and its audience came from television itself being in flux in the aughts. Lost was an episodic network show, with stand-alone hours to fit between its larger-arc updates and flesh out its 22-episode seasons. But it premiered in 2004, just as premium cable series began to establish shorter seasons and creators became empowered to craft their own endings. (Lindelof’s next effort, The Leftovers, got an entire extra season to wrap its story up, despite paltry ratings.)

Lost was elevated and analyzed like it was working off a master plan, yet it was plotted out like broadcast shows always have been, by necessity: one season at a time. It wouldn’t make sense to count on an extra year of runway when you could be canceled at any time and with little warning. Recappers took the many dangling threads left by Lost’s finale as a dereliction of duty, when they were really the natural result of a medium that’s literally made up as it goes along.

Before Lost, The X-Files, at times, felt similarly scattershot with its larger mysteries, but didn’t face nearly the same level of real-time close reading. After Lost, Mr. Robot’s Sam Esmail could say from the beginning he intended his story to run four or five seasons and come in at exactly four. Now even broadcast shows like Jane the Virgin are conceptualized with a specific ending in mind. Lost was stuck in the awkward middle, with viewers trained to expect a showrunning MO that hadn’t yet become standard practice.

Lesson 5: When Others Zig, You Zag

With projects like Amazon’s Jack Ryan and Netflix’s Locke & Key, Cuse has stuck with pulpy genre fare that fits Lost’s general profile. For his follow-up, Lindelof went with The Leftovers, a show that doesn’t just depart from Lost’s mystery box elements, but rejects them entirely.

Adapted from Tom Perrotta’s novel about the world after 2 percent of humanity vanishes into thin air, The Leftovers takes the lack of answers that so rankled Lost fans and makes it the very premise of the show. You might be annoyed with the theme song’s urging to “Let the Mystery Be,” but you couldn’t say The Leftovers wasn’t transparent about its intentions to do just that. Last year’s Watchmen, too, chose to toy with its chosen form of superhero fiction rather than adhere to its tropes outright.

Lost remains enormously influential as both a high bar and a cautionary tale. As successors try to recapture Lost’s level of investment in an increasingly fractured TV landscape, its own cocreator has gone in the opposite direction, embracing the ambiguity that once frustrated his most ardent followers. Perhaps that’s why Lost’s legacy has outlived its initial controversy: Rather than doubling back, Star Wars–style, its principles have simply moved forward. No apology necessary.

We never thought we’d say this. And we say it with a bit of hesitation. But we still say it nonetheless: You go, Farrah Abraham! We rarely take the side of this former Teen Mom star when it comes to, well… anything. This is someone who someone celebrates Black History Month and Donald Trump in the […]

All The Paranormal Activity Movies, Ranked

Some are a lot better than others. Read more: cinemablend.com

Let’s face it, once October hits, we all shift into Halloween mode for the next month. And if all you want to do for the next four weeks is watch seasonally appropriate movies and shows, HBO Max is here to help. The streaming platform unveiled a new spotlight page called "Halloween is Here," which … […]