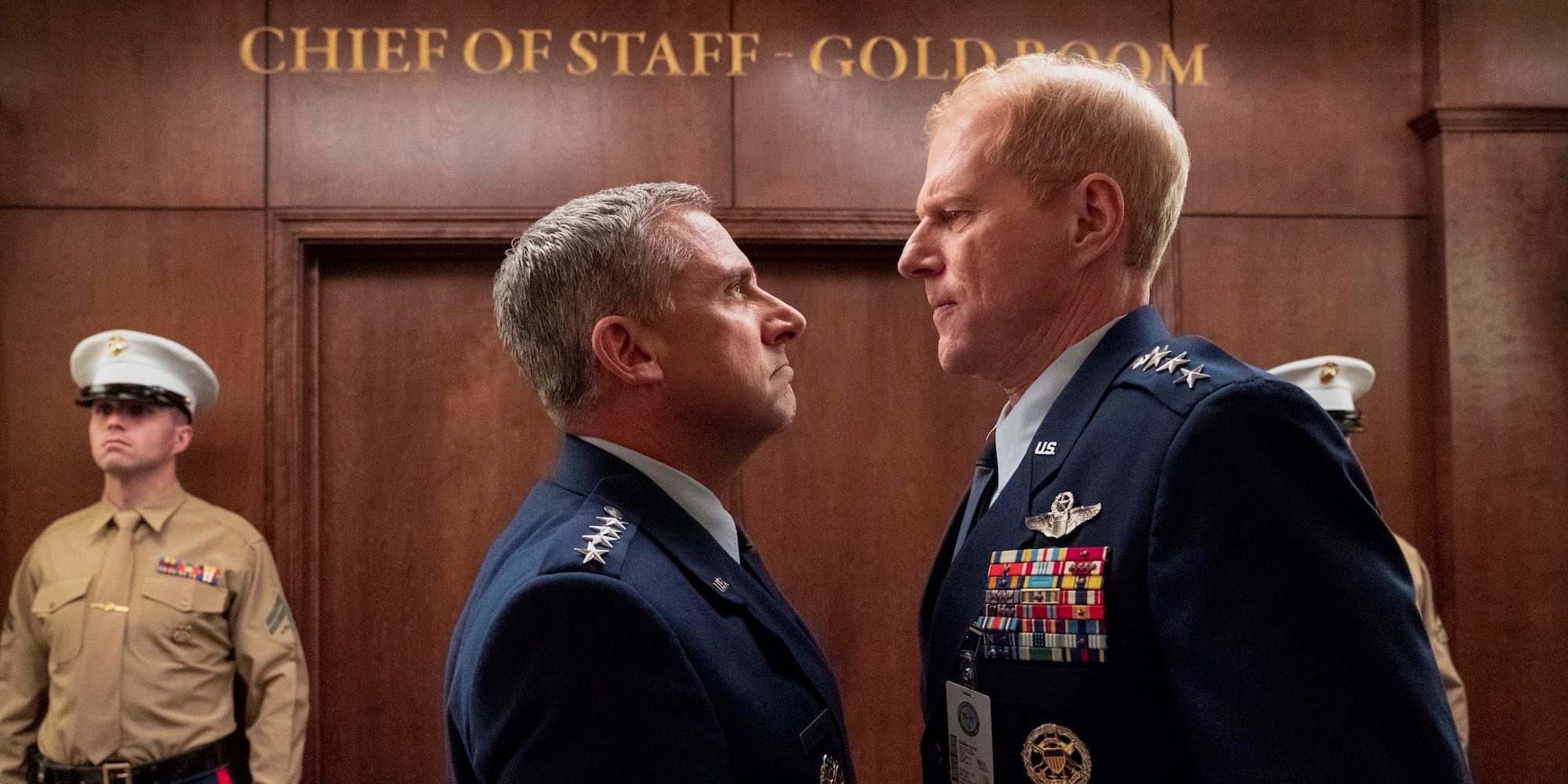 Netflix released the extended Space Force trailer, teasing the new original comedy series, with co-creators Steve Carell and Greg Daniels from The Office at the helm. The new 10-episode series debuts May 29 on Netflix, but it’s been generating buzz since it was initially announced. It was further bolstered when the real-life United States Space Force was founded.

Space Force follows general Mark R. Naird (Carell), who’s appointed to lead a new branch of the United States Armed Forces whose aim is to achieve “total space dominance.” Of course, hijinks ensue, derived from the stress Naird is under to successfully launch the Space Force initiative, which many within the Armed Forces view as a joke. Now, Netflix has released another trailer hyping their upcoming comedy.

The full Space Force trailer was released by Netflix today and it reveals more about the cast and their place in the universe than ever before. Along for the ride are John Malkovich, Ben Schwartz, Diana Silvers, Tawny Newsome, Lisa Kudrow, Jimmy O. Yang, Jane Lynch, the late Fred Willard, and Noah Emmerich. Daniels co-created Space Force, so fans of The Office can expect the same tongue-in-cheek kind of humor. Watch the full Space Force trailer below.

Although Carell has appeared in many movies and shows since The Office, including The Morning Show alongside Jennifer Aniston, Space Force represents a return to form for his endearing, slightly out of place, offbeat comedy that made viewers laugh when they first saw him onscreen as weatherman Brick Tamland in 2004’s Anchorman. In Space Force, his character has to convince everyone to take the mission seriously, even though he himself has trouble doing so, and that means he has to take the lead where no else will, because they’re afraid of the humiliation. As he says in the trailer, “If you fall flat on your face, you get back up,” which may lead viewers to believe this satirical sitcom might have more heart than they’d expect.

Space Force premieres May 29 on Netflix.

‘ER’ remains one of the most cherished TV series of all time. The long-running medical drama aired for 15 seasons from 1994 to 2009. Take a look at the iconic cast then and now. Read more: hollywoodlife.com

Lords of Dogtown TV Show Is Happening at IMDb TV

Resident Evil had a pretty long film series with six movies in total, but none of them were really as great as they should have been. Here are five reasons why. Read more: cinemablend.com